Dairyland Seed dealer Aaron Freyenberger grew up working with his dad on the family farm in Kouts, a rural town on the edge of suburbia about 70 miles southeast of Chicago. Throughout high school, Aaron’s dad, Keith, would ask him what he wanted to do with his life. The answer was always the same. “Farm.”

After graduation, that’s just what he and Keith did, but less than a year into it, business became too lean to support them both. Aaron decided to take a job in construction. He eventually worked his way into general contracting.

The Great Recession arrived. Construction activity fell as silent as a glued and screwed subfloor. Aaron found himself looking for work again – and more clarity in his life.

His dad, sensing a now-or-never moment, cut back on his workload to make room for Aaron. They put together a 10-year plan for how Aaron would take over the farm. Then one night, unexpectedly, Keith died.

The weight of the entire operation shifted onto his back. He describes the sudden nature of that change as a daunting, crushing blow.

Over the ensuing weeks, instincts kicked in. He was, after all, known by high school classmates as “that kid who was always helping his dad farm.” Some of his earliest memories are of being in the tractor with his dad and his mom.

Two big goals surfaced for him in the wake of his dad’s passing. Keep the business going. Make it possible for his mom and his young family to stay on the farm. 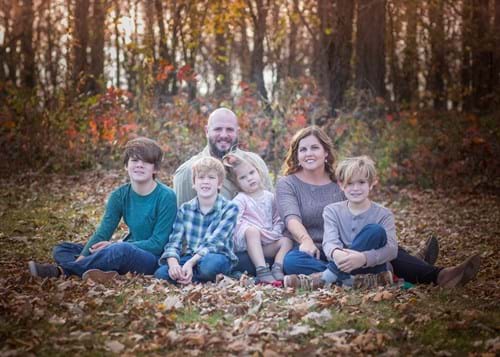 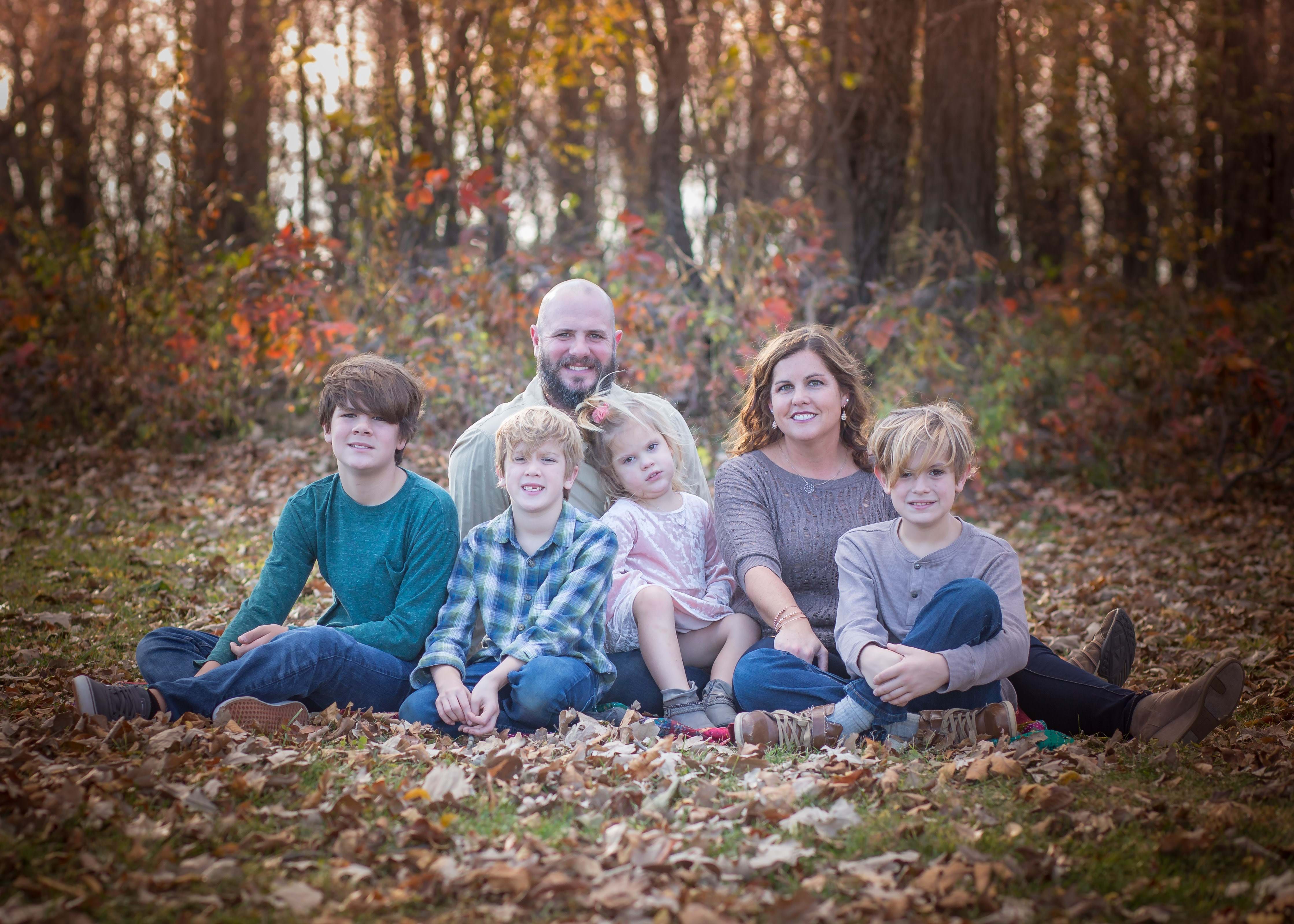 It’s been six years since that life-changing night. Aaron owns and operates K & A Farm Services, Inc., with his wife, Kari. He added land and now farms about 700 acres of soybeans and 1,000 acres of corn with his uncle. He feels good about what he’s accomplished.

Aaron loves growing corn. Soybeans in his area tend to stick around the same yield. But corn is a plant that gives him some control. The better he manages it, the bigger the potential payoff in his fields.

“You’re not always hitting singles with corn. Sometimes you can knock it out of the park, and that’s what’s fun about it.”

He grows corn for specialty markets and gets paid a premium when he meets the buyer’s standards, typically at least 99.1 percent pure. With Dairyland Seed varieties, he says he has no problem meeting that standard. When it comes to other varieties, DS-4440AMXT™ brand was among his best hybrids last year, wherever it got planted. “Irrigated, non-irrigated, lighter or heavier soil,” Aaron says it didn’t matter.

Enlist E3® soybeans have been extremely popular too. All of his customers who grew it last year have returned. Aaron had the cleanest beans in six years, and great yields. 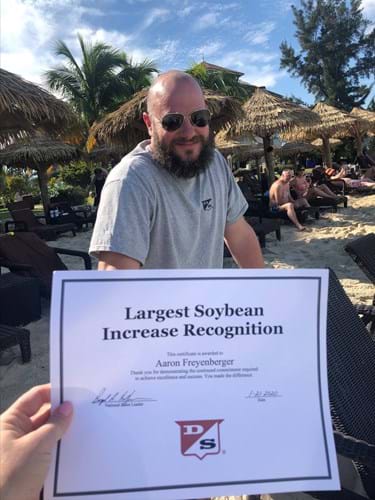 Rewarded for his accomplishments in the field,

Aaron experienced some fun in the Caribbean sun in 2020

just before the pandemic hit.

He’s got a thing about excelling at land stewardship. He’s an ardent conservationist. Working with three agronomists, he manages his ground to get the best yield genetics will allow. Each year, he hosts a competition with himself, trying to outdo Aaron-From-Last-Year.

His passion for farming isn’t lost on his kids. Aaron quizzes them while driving down the road past crops. He teaches about plant diseases and what certain insects look like, how to take care of animals, and how to run budgets.

“I involve them in conversations,” he says. “I want them to understand everything here is a business. It’s not just agronomy; it’s also finance. And I’m only a keeper of this farm for a little while before it gets transferred to the next generation. I want that to happen.

“If nothing else,” he adds, “I try to instill in them that their childhood experiences are unique and special. Not everyone gets to do this. It’s a way of life worth preserving.” 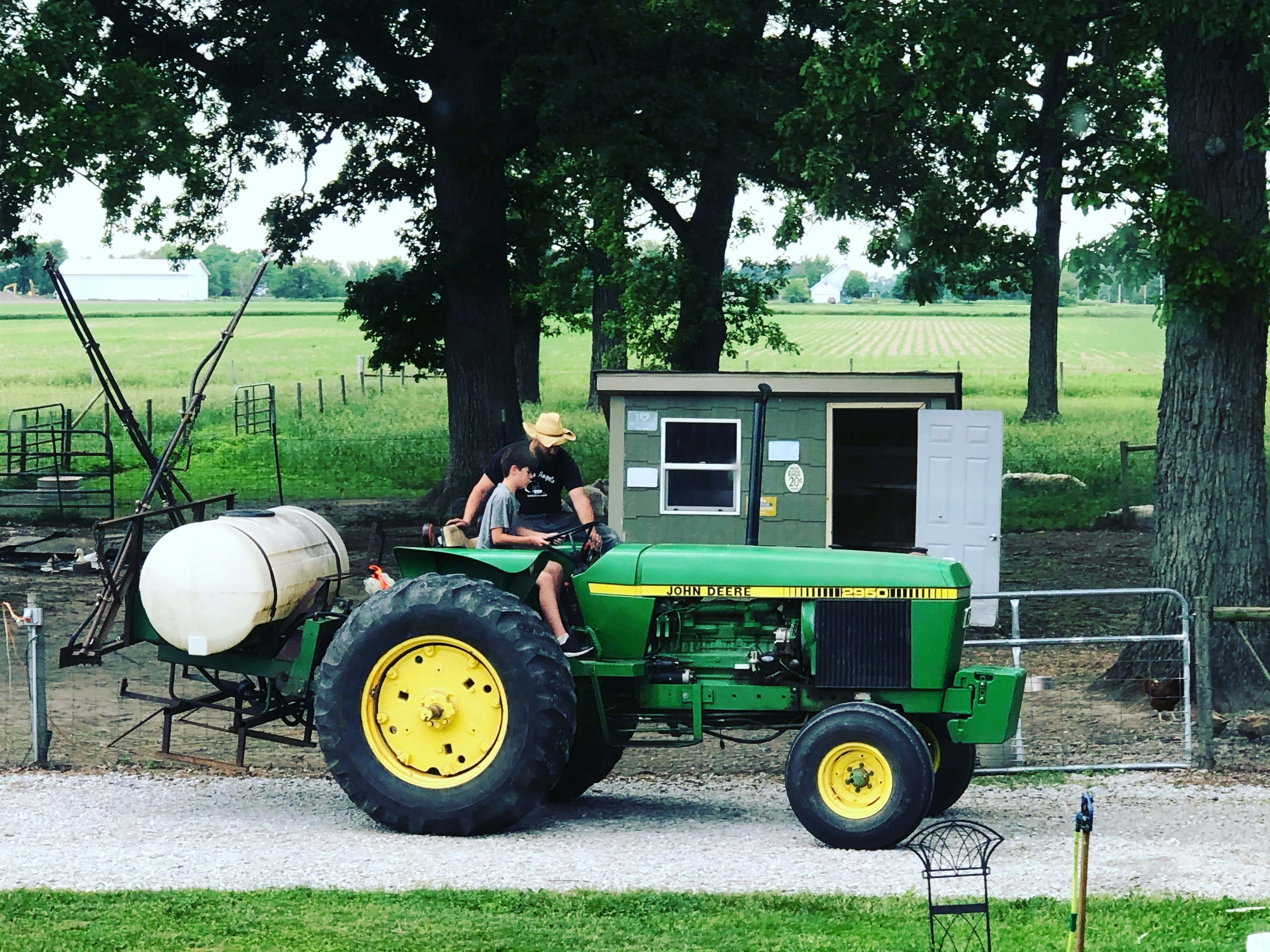 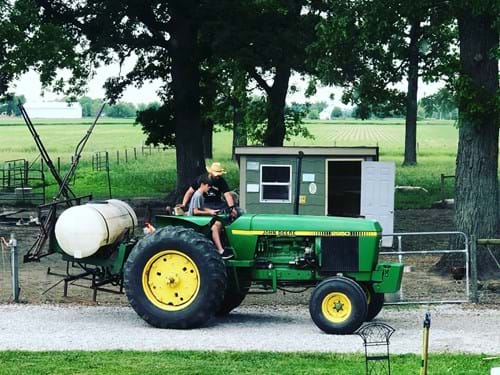 Aaron teaches his son Christian the fundamentals of driving a tractor.

His daughter, Rhiannon, is three years old and by his side all the time. He tells her she’s going to be in charge of their sheep herd someday and regularly asks if she wants to be “the sheep girl.”

When not imparting wisdom to his kids, he’s trying to teach a much larger audience about farming through his YouTube channel, The Indiana Farmer, a project born from constant curiosity about farming that began when he was a kid and hasn’t let up. The platform lets him play a role in preventing misunderstanding and misinformation about agriculture.

His wife, Kari, says he just has a short attention span.

“It’s true,” Aaron smiles. “I want to do something different and new all the time. I had a couple of sheep when I was a kid, and I really wanted my kids to have some livestock experience, so I did what I usually do and went full in. We’ll be up to about 37 sheep this spring.”

“My dad started with a couple of hundred acres. Between him and me, we brought it to where we are now. I’m proud that my family came here as immigrants four generations ago and we’re still farming. That’s living the American dream.”

That kid who was always helping his dad farm is doing what he’s always wanted to do.