Keeping the office running efficiently is her top priority, and she is also responsible for previewing bi-weekly and monthly payroll. Learning new roles in the business, her coworkers and interaction with customers make going to work every day rewarding.

In her 13 years with company she has had a variety of roles including customer service.

Diana says, “I care about our customers and want them to be successful, which then makes us successful.”

Diana and her husband Dennis reside in Wabash, Indiana – the city where she was born and raised. The Siders spend a great deal of time with their two adult children (Emily and Steven), daughter-in-law and four grandchildren whose ages range from five years old to a high school senior. 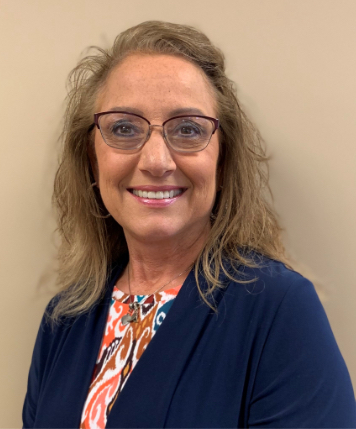 The joys of being grandparents have them cheering on at softball and football games, cross country meets, and watching band performances.

Although she does not have an ag background, as a child her family spent a lot of time on her uncles’ farms. She adds, “And then this city girl married a farmer. It was very eye-opening for sure!”

Volunteering is important to them and she and Dennis are very active with their church. Once each month, she volunteers in one of four nurseries as well as serving as a “producer” for the worship team ministry. Dennis is in charge of the church Security Team as well as the building and maintenance.

A unique traveling tradition, the Siders are part of a “Cruise Crew”. After their first cruise to Alaska in 2002, they were hooked on cruising! Since that first experience, they have cruised each year, sometimes twice. After reconnecting with three couples from school and discovering their shared love of cruising, the Cruise Crew was formed, and they’ve been sailing together since 2008. Some of their favorite islands are Cozumel, St. Thomas, St. Maarten and Costa Maya. Climbing the Mayan Ruins in Belize was an unforgettable experience as it was great going up, but a little scary on the way back down!

Whether it’s outside or on her treadmill, Diana likes to exercise. She’s an avid reader of mysteries and “happily ever afters” and a Hallmark movie fan. Always ready for a new adventure, you’ll often find them taking mini-trips and exploring places off the beaten path while discovering some of the best little Mom and Pop stores and restaurants in the area.